Pheo’Nix looked down at the three something-year-old. Such a shame, he knew her mother had died shortly after birth and her father shortly after that. Too weak-minded to see the positive things he had, he intoxicated himself and took to the wheel. He had never returned to the babysitter to retrieve his daughter. The babysitter had had a kind soul and tried for a while to keep the baby, but her youth and inexperience had led her to the care homes. But Amarathin was a harsh city even before the New World Order, and their evil right-wing agenda had reared its ugly head. The homes had closed, not through a lack of funding, but through lack of care and the young child had been left to fend for herself.

Pheo’Nix was in his favourite guise; Love Island missionary monk. His job was to travel the world and preach the benefits of peace and love. Of course, he didn’t get to do it often, but it was a great way to keep tabs on what people were up to in the physical plane. He had a feeling he was going to have to stay for a few years now. He couldn’t let this child starve. He picked up her cold shivering body, wrapped his white cloak around her and carried her into the nearby ally he had been using to teleport into the area unseen. He turned to make sure no-one was watching and vanished, girl in arms.

If you enjoyed this little teaser you can find links to purchase the book in Our Sales Page. Thankyou for reading! 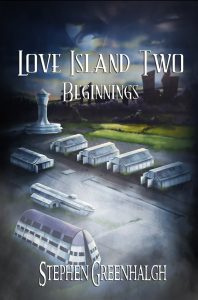